“Vis-a-vis ideological or religious intolerance, art is an effective rampart only if humanism is the base”

Culture against fanaticisms. The historian is stripped vis-a-vis such a heading. Is this a report ? It can only be registered out of forgery. A wish ? Citizen and man of good will, he only asks to subscribe to it. A program ? Yes, a program. But, “prophet of the past” that it is, that really does not enter his competences. 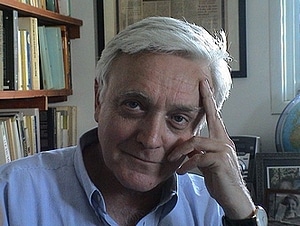 Let us start with the report. This title assumes a dichotomy. It supposes that the cultivated man could not be a fanatic, that the fanatic is a coarse being, stripped of culture. For the contemporary man, it returns to the apostrophe of Jean-Baptiste Coffinhal, president of the revolutionary Tribunal, in Lavoisier : “The Republic does not need scientists” ; in Andreï Jdanov (directing of propaganda under Stalin) and in Trofim Denissovitch Lyssenko (biologist), who put out of adjusted cut the Soviet culture and science ; in Goebbels, unless it was not Göring, it does not matter, who said to leave his revolver when he heard the word culture, and organized autos-da-fe of books and art exhibitions “degenerated” ; more close to us, with the talibans destroying with blows of explosives the giant Buddhas of Bamiyan and aspergeant of acid the girls who dare to set off to the school, and with their ideological cousins of Mali making clean slate of the vestiges of Islam Sufi.

It is a comforting thought, which orders our world according to easily locatable categories and puts to us except for and above the infamous peat of the barbarians. A long time, in my very youths, I returned readily the racist, the anti-semite, the intolerant one of any hair, in darkness of the lack of culture and stupidity. Over the years, it was necessary well to go obviously : Bars was a cretin stripped of culture, neither Maurras, neither Celine, nor the troop of barded officers SS of diplomas which tasted the music and the classic authors.

To say that does not mean to take pleasure in the delectatio morosa of the intellectual dandy returned from all, which buried once and for all the naive illusions of the prophets of progress. Admittedly, after “the large cemeteries under the Moon” bequeathed by the 20th century, it became difficult to accept the continuous progress and inescapable of the human spirit prophesied by the men of the Lights.

The least which one can say is that the ingeniousness of the man progressed more quickly than its morals. All to take, if the human being geared down its power, it remained what it always was : a hybrid creature, “neither angel nor animal”, or rather sometimes angel and sometimes animal, able of best like the worst. Better is worth to take its party of it and, within sight of the great Utopias which turned all to the nightmare, especially not to try “to change it”.

However, if clearness, girl of misfortune, learn how to us to open the eyes on our condition, it must lead us to embrace it all. If we understood that progress is not a right motorway with multiple ways and one way, that does not mean that, under the outside more modest of the tortuous way, jolting and of loops, there does not exist at all. After all, first half of the 20th century does not summarize the history of humanity. The democracy made remarkable projections, and not only in Occident. The human rights left the books of the philosophers to invest the substantive law, including the law of nations.

One still massacres the innocent ones on planet, one there still reduced of the human beings in slavery, but it became more difficult and less acceptable. The war did not disappear, far is necessary some, but it is less legitimate than formerly. The mirror growing bigger of the media returns to us blind to a fact that the geopoliticians know well : there are less and less armed conflicts from the vast world, and, for imperfect that they are, of the international mechanisms of prevention and control exist, and it sometimes happens to them to succeed.

It is high time to define the war for what it is : not a human fate, due to the share of violence tapie in us ; but a social and, yes, cultural institution. Thus considered, it is not only likely to be controlled and civilized, but abolished. If European construction taught us something, it is well that. As it is seen, the “reasons to hope” do not miss…

Here for the report. Does it cancel the opposition between culture and fanaticism ? Not necessarily. That depends on the way in which we define the word culture : in the direction globalizing, hold-all of the anthropologists, and then this dichotomy, we saw it, does not mean anything ; or in that, narrow, which confines the culture in the creation of works of the spirit, and which, consequently, offers taken to the policy. Obviously, to define a culture which would have as a virtue to obstruct fanaticisms concerns the latter.

Peak of Mirandole is more useful here than Pascal, who made fun of the young philosophical prince. To note that the man is neither angel nor animal is banal. More heroic is the reflection of humanistic Italian in his famous Speech of the dignity of the man. On the great scale of the beings, the man, he affirms, is the only creature able to choose his place. He will want, he will remain among the angels ; in it will decide differently, he will fall on the level of the animals. Only being without place assigned in advance, it is the only one defined by its freedom. Here thus an acceptable definition of the culture : a production of the human spirit which exerts its creative freedom. Such is the condition, seems to me it, of a culture able to make part with fanaticisms.

However, like any definition, this one is incomplete. Freedom is the requirement, but not sufficient. When the Flemish plastics technician Jean Favre imagines a “artistic throw” of alive cats in his town of Antwerp, he undoubtedly exerts his creative freedom, but its contribution to the culture, a fortiori with a culture heard like arms against fanaticism, remains to be shown. Here thus three additional conditions which, taken together, should make it possible the culture to exert this role. It is not about a program, hardly draft of some tracks of action.

First condition, to understand that, in the field of the culture as in all the rest, in the life of the human communities, all is not worth itself. It is works of the spirit able to rise with universal, in other words to help the men, where that they live and whatever their origins and their systems of belief, with reading the world which surrounds them by means of their intelligence and of their emotion. The cultural relativism is a sure means of sinking in cruelty.

Second condition, corollary of the first, to rehabilitate what Antoine Compagnon called the “cultivated culture”, in other words works of the spirit such as above definite. It is an old project. Rousseau already, in the article “Art” that it gave with the Encyclopaedia, wanted to make penetrate the fine arts, supposed “to increase and ensure the happiness of the men, to the humble hut of least of the citizens”.

It is well of a rehabilitation that it acts, since the culture in its anthropological version, “that which enters in the same reassuring statistics of “cultural practices” the frequentation of the theatres and the galleries of avant-garde, the processions of rollerskates, the celebration of Halloween, the love of the old stones and that of the turnip-parts” (Maryvonne de Saint-Pulgent), ended up occulting the other, the “cultivated culture”. This work of rehabilitation is a political matter, on all the levels of the power, since the local government agencies and ONG to UNESCO, via the State-nations.

Third condition, to carry out a combat without concession against the multiculturalism, which locks up the human ones in ghettos with the insuperable walls, with the profit of the cultural diversity, which builds bridges. When Daniel Barenboïm creates in 1999 the Orchestra of the Westerner-Eastern Couch, an Israeli-Arab symphonic formation, it does not seek to melt there the two national components in an indistinct cultural magma ; it throws a footbridge between them by means of a universal language and, by doing this, manufactures a powerful cultural tool against fanaticism.

One will have understood, the culture able to be drawn up against fanaticism is not any culture. It is a humanistic culture, in other words centered on the free man who, arrived at the “adult” age, is able to exert its autonomy. It was the program of the Lights. That it was born in Occident, and often beaten besides in breach by the same Occident, means by no means that it is not tantamount universal value.

It is necessary to be a taliban to show the young person Malala Yousufzai, this Pakistani teenager 14 years who fights for the education of the girls, to be an agent of the Occident. For the fanatics of its country, Malala is a logical target. And it is logically that it became a universal cultural heroin. Kantian which is unaware of, “adult” before the age, it is nailed on a hospital bed to incarnate today, better than whoever in Occident, the fight of the culture against fanaticism.

The program of the Lights, about which Malala probably never intended to speak, it is its program. More than ever, it must be ours.