The potential effects of Brexit on the political life, economic and daily European are the object of very different judgements. Counterparts of the earthquake are to be come. On June 24th, 2016 in the United Kingdom was the point of dazzling of ignorance, misinformation and other untruths. The company of the knowledge of the Treaty of Barcelona was shown like a company of the belief, that of the remarks of jugglers of fair in particular. The disaffection of the public opinions with regard to European construction thus maintains a worrying cousinhood with the disaffection these same opinions with regard to shown arguments. Times present need for scapegoat.

Why does one lend today the ear to Bregretters ? Why the European elites are taken with deprived and are disabled ? What will make Brexitters of their unexpected and not anticipated victory ? 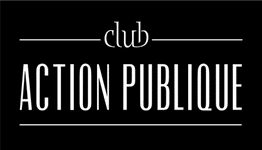 A conference discusses organized by Club AP in collaboration with the Faculty of Law, of economy and of management of Angers and the European Company of culture was held on Monday, November 5, 2016.

Monsieur Jean-Dominique Giuliani presented “the European Union after Brexit” in front of a public made up of a little more than 150 people.

Christophe Daniel, economist, Senior of Faculty, accommodated the demonstration by stressing that the University was the place of all the debates.

Antony Taillefait, copresident of Club AP, after having presented the intentions and the objectives in the development of the activities of Club AP, thanked and introduced the guest. After having recalled the students of Faculty that the Budget of the European Union will be concerned by the effects of Brexit, it estimated that in current Europe, we any more the had not dreamed common ones. We seem only plain by common nightmares like the persistent risks of new financial crashes, the inaptitude of the Member States to elucidate the question of immigration, or the consequences of Brexit which make following the threats of Grexit and show the possibility for possible prospects for exit of Italy of the euro zone after the governmental failure with the referendum of December 4th, 2016. 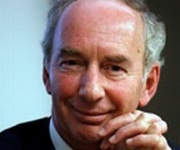 Jean-Dominique Giuliani, special advisor at the European Commission (2008-2010), previously was Master of the Requests to the Council of State, principal private secretary of the President of the Senate René Monory (1992-1998) and director with the head office of the group Taylor Nelson Sofres (1998-2001). In 2001, it founds its own company of consulting international : International J-DG.Com Consultants whom it chairs. He is also the president of the Foundation Robert Schuman, foundation distinguished by many prices and rewards and the French center from reference on Europe. For this reason it very often intervenes in TV programs (It in the air on France 5, BFM TV, etc) and on many national radios (France culture, Classical Radio, etc).

President Giuliani started by showing that Brexit did not take place yet. Even if general principles are envisaged by the European treaties (Article 50 KEEP SILENT), even if politically we go towards Brexit, technically nothing is not less sure. 18,000 texts organized the interpenetration between the Kingdom plain and the European Union. They will have to be modified.

It estimates that the British vote appears rather as one calming for other Member States which thus put under the bushel their inclination of exit. The British Treasury evaluates the shortfall of the Kingdom to 60 billion books a year. As Jean-Louis Bourlanges could say it, before Brexit the Kingdom had a foot inside and a foot outside. After Brexit it will be the reverse…

As often as regards referendum, the choice of Brexit was more a rejection of the domestic policy of the Kingdom, in particular of the austerity policy which, unlike that of France, is a true policy of austerity. As much to say that many Europeans are wary of the European Union which, instead of spreading prosperity, seems to them to spread only the austerity. Club AP acknowledges him-also that the omens are so sinister that, in the future, disappointment is not risked. Nevertheless our conviction is that it is necessary to replace the lament by the ambition. The time must become a time of action and debate and not a moment of procrastination.

Initially, he considers that the European Union is sick of its States. The populism and nationalism are combined to block the development of the activities and political projects, not only on the only European level. That results in a dereliction of solidarity, between the West and Is, between North and the South. The States are shaken by an enormous wave of transformations related on globalization, the digital revolution, individualism. The voters do not hesitate any more to change the majorities, to often test new political parties very (too much ?) radical. Club AP has the feeling indeed that one of the things which the elections in our democratic systems reveal is obviously of the policy. This one decides little. It does not project. It is selected like a product. Not only the failure of the policy was often filled by the market, but this last transformed the policy into advertising executive : the communication before the implication.

In the second place, is the European Union in itself really in question ? The belief in the economic liberalism is the dominant ideology. However, of the questionings emergent. Why the free trade have does to be the rule ? Does the freedom of movement of the people have to be maintained ? Do economic and budgetary disciplines such rigorous have to be respected ? President Giuliani estimates that one made the European Union with back. It was built starting from its economic dimension. L’homo europeanus is for the moment still gay a oeconomicus. It would have had to be initiated starting from the kingly functions (defense, taxation,…). But she had been proposed in this manner, she would not have been carried out. Now, the moment had just given the European Union to the place. For president Giuliani it is possible because says it : “I do not believe that the existence of the European Union is in question”. Club AP shares this proposal. In bottom of table takes shape the following question : how to maintain values and principles in a company which does not want to distinguish truth and opinion, culture and entertainment, excellence and mediocrity ?

In third place, did president Giuliani wonder whether the European Union could rebound and how ? He has the conviction that beyond the dilemma “the European Community/Europe of the States”, of the solutions can be developed by France and Germany. “France-Germany integration can constitute the engine of the rebound of the European Union” it affirmed. That could, for example, to pass by a bringing together of the modes of compensation for youth unemployment starting from funds European. The harmonization of the corporation tax could be another means. The bilateral coordination of the migratory policies and the security too. “It is necessary to make start series of measures into which then of other States will want to get”.

He concluded that it is not about refonder Europe. Its foundations are solid. They are rather the roof and the ripe ones which must be consolidated at the 21st century.

Michel Piron, deputy of Maine-et-Loire and copresident of Club AP, explained that he shares this idea of reanimation of the Franco-German engine. He explained why there are urgencies (in particular out of agricultural matter) and that by dismantling in France the historical operators of networks in the name of “Competition”, one weakened the national economy and European “.

Club AP is aware well that this report of the conference of J. – D. Giuliani is stripped too much to pay homage to the wealth of its thought and the proposals which were formulated this Monday, November 5, 2016.