with the union of Europeans

All members, to accompany the “Message of San Servolo“

We try here to give an outline of the plenary session of the European Company of Culture which proceeded in Venice from March 31st to April 3rd this year, so that an idea of it the members absent gain and that the memory of the participants is fixed. These lines will not succeed in making feel the climate of enthusiasm – would dare one to say – which characterized these days. All registered voters to be made the witnesses of them, actors and collaborators who they were. The appointment of the friendship was once more renewed, but of the opinion of all with a special intensity. The absences were all the more regretted of it.

For the first time, the S.E.C sat in a a long time ignored island, though it is to three brewed Place Saint-Marc : San Servolo. In the beginning a monastic installation, it is today Renee, restructured by the Province of Venice, active. Its a little austere hospitality was compensated by the expatriation of an unusual sight on the City – under a radiant sun – by the calm by contrast with tourist confusion, by the advantage of the easy meetings between colleagues, since the workplaces, of accommodation and restoration are joined together there. It is with eagerness which we received invites it to feel us on our premises that in his words of reception the President of International Venice University agreed to address to us, which domiciled there, the ambassador Umberto Vattani, General secretary of the Ministry for Foreign Affairs. Still for the atmosphere, it was possible to offer a visit of Fenice, re-appeared theatre of its ashes, an enchantment which raised a recital in the big room of the Hearth (Apollinee Salts) due to the art sparkling of the friendly colleagues of Kiev, Svitlana Shabaltina (piano) and Oleg Kudryashev (flute) and devoted to the extraordinary compositions of a eight years old Mozart.

But the congress especially worked ; it went. The reflections, information, the awakenings brought of all shares on the topic under investigation are of substance and likely to nourish an amply prolonged agenda. In impossibility of giving the proof of it here, we state to you that most reports can be to us asked right now. Very while waiting for those which miss, we work to insert the session in the website of the S.E.C., without, for as much, to lose sight of the fact how much the publication would be desirable. By way of synthesis and of document programming science, you will herewith find the “Message of San Servolo”, which becomes the latest of the texts to be inserted in the opuscule of the Statutes and official documents.

Here the plan of work. Of his four parts, somebody said that they were presented in the form of four movements of a symphony !

EUROPEAN UNION – UNION OF THE EUROPEAN ONES – FOOD-GROWING POLICY :

Speech of President, Vincenzo Cappelletti : The thought like major identity and vocation of the European conscience.

Life of the Company

The ASSEMBLY evoked the memory of the American Vice-president, professor John Robert Nelson, whose Company underwent the loss. Theologist and organic-éthicien, œcurnenist, old Directing of Institute of Religion in Houston Texas Medical Center, it served the S.E.C and its ideals with a constancy without fault, with understanding and devotion. A cordial tribute was paid to him.

Since the plenary session of Bucharest (May 2003), on the bottom of the constant activity, the recalled projecting moments were initially the meeting on the intra-European dialogue of the East in the West : new challenges, in Weimar and Iéna, with work going of par of the Executive council (cf Final communique). In Venice, to announce the participation of the S.E.C to the initiatives organized at the time of the eighth centenary of the 4th Crusade, with a symposium entitled Esercizioe percezione del potere it tempo della IV Crociata E the oggi. The centenary of the birth of the founder, Umberto Campagnalo, 2004, was marked with the publication of new writings going back to 1943-45 on “the constitution of Europe”, under the title of Back una costituzione federal per Europa, “has cleaned” of Mario G. Losano. The man and work were honoured by the Universities with Padoue and Venice (its universities). They were it also through the successive presentations of this posthumous work, starting with that of Munich {Bayerische Staatsbibliothek), by the Fetscher Vice-president. Each time, the S.E.C was significantly implied. – On the leading level, there was the publication of the acts of Bucharest, the cultureet the cultures, in Europeet beyond and that of the general Index “To understand”, vol. I-50, author-text-illustrations.

By way of nearest tasks, opportunity of approaching the Community finance mechanisms was illustrated by Claude Brulant. With the actual position, two special meetings are under investigation for spring 2006, in Moscow and Kazan.

The present plenary session profited from financial contributions on behalf of the Commune and the Province from Venice, as well as Venezia Area. In addition to the VIU already mentioned, it was held in collaboration with San Servolo Servizi srl (President Luigino Busatto) for the logistic aspects.

In conclusion, the Parliament has elected by acclamation like successor with the international Vice-presidency of always regretted Leopoldo Zea, the large one and celebrates Mexican painter, attentive and faithful member of the Company for one half-century, of which monumental pictorial work understands many illustrations “To understand”, liberally offered : the Maestro Raùl Anguiano.

The Executive council, during a single meeting, accommodated about thirty new members. He co-opted in his centre two colleagues who already collaborated in his tasks in the capacity as observers. They is the professors Eugène Decker III Houston, Texas and Damiaan H. Mr. Meuwissen of Amsterdam.

Activities of the National centres, which have their particular characteristics, let us mention a visible and durable testimony : with the care of the Polish Center, a Franco-English delivery of its Series Polski S.E.C.  ; Since, several of them held of the meetings of report, thus giving the sending to the activity on the impetus of the Venetian meeting. 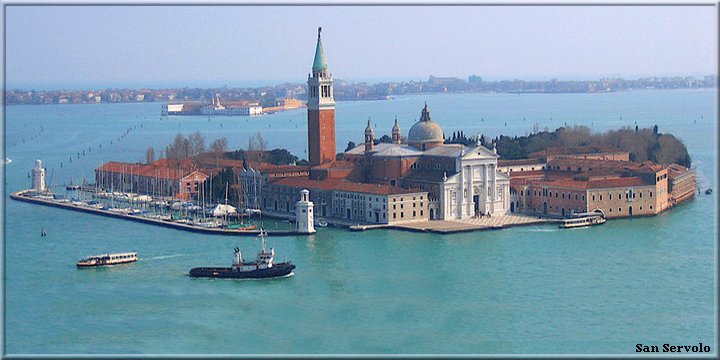