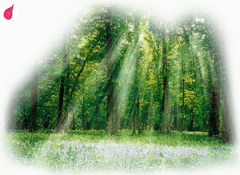 the present circular letter is a resumption of contact that we have promised ourselves to me to address to you for several months and who is due for you. It is high time that you are informed of our recent activities and that we brush you a table of our current situation.

Those among you who wrote to us and who were in liaison with the Secretariat of Venice will at least forgive us this exposed brief of a course who is to them already, partly, known.

Following the death of our expensive and regretted international General secretary, Michelle Campagnolo Bouvier, in agreement with the International office, we entrusted the management of go concerns of our Secretariat to Cosima Campagnolo, to woman of letters, to translator and to writer, that much among you knows like girl of Umberto and Michelle Campagnolo Bouvier, and member of our Executive council since several years. This choice was dictated by the desire to avoid as much as possible an interruption of the already launched activities and to put the management of go concerns in the hands of the one of the people who knew them best, but still by the absolute necessity to find somebody of available to lend his work free of charge, naturally for a limited time. This temporary solution, in waiting of a Standard general meeting which can provide for the election with the bodies with the SEC, lasts so far. Unfortunately, we are not yet able to convene this Parliament, to which it is desirable and convenient to subject a clear prospect and clear options. We are not it, because of the dramatic financial conditions of our Company, which, following the crisis, lost after more than 60 years the support of the Italian government (except a small annual contribution, which has just been to us granted for 2012), and because of slowness with which the answers to the various steps taken reach us to find a new stability.

However, kept going account also of the drastic reduction of the task forces of par with that of the financial resources, it is with some satisfaction that we subject the list of our activities up to now to you.

– On June 9th, 2011 we joined together the Parliament of the Italian members, responsible for the approval of our assessment for the year 2010 and of our budget for the year 2011. This occasion made it possible to the participants to lean, in an obviously abstract way, on the developments of the SEC after the loss of its international General secretary. This making of contact was concluded at the time by the intention to convene the General Assembly in November 2011 and by a strong declaration of availability to start again the SEC on behalf of our vice-president, Prof Paolo Costa. Later, health problems initially, and in addition of work then, prevented Mr. Costa from giving following his intention. From where, need for returning the Parliament at one more favorable time.

– At the beginning of the month of September 2011 the fourth edition was held of our Summer School “European Citizenship and Politics of Culture”. This fourth edition of our school of summer dedicated in memory of Bronislaw Geremek was held successfully. Sponsored by Regione del Veneto, Città di Venezia, Autorità portuale di Venezia, the Foundation Pierre of Wood, and with the collaboration of Fondazione Enérgeia, it was directed by its Director, the colleague Lorella Cedroni. She could count among the teachers on the colleagues of the Executive council : Claude Brulant and Michael Schäfer, on the members Andrea Ciampani and Giuseppe Goisis.

– During the last months of 2011, grace in particular to the active assistance of our member of the Executive council, Michael Schäfer, we continued the preparation of the meeting of the Executive council and the conference united on the “ethical Challenges of the total economy”, organized in collaboration with Stiftung Schloss Neuhardenberg (close to Berlin). The conference, ideally conceived like a continuation of work of the General Assembly of Innsbruck, proceeded in a profitable way within the ideal framework of a campaign heather-middle-class woman blessed by the first tepidities of spring. The debate, in which took part, inter alia, the President, the first Vice-president, the international vice-presidents Mr. Fetscher and Kudryavtsev, knew to once again emphasize the role of the food-growing policy in a world in search of new models and where globalization limits always more the action of the national States, especially on the economic plan. The search for models which save social skills and economic, while forming part plausibly of our total reality, can only pass by the awakening and the effort of the dialogue which builds. The contribution of the men of culture and faith in the broad sense is thus strong and impossible to circumvent in the moment of transition and quick change which we live.

– As for the meeting of the Executive council :

– On June 8th, 2012 we joined together, like each year, the Parliament of the Italian members, responsible for the approval of our assessment for the year 2011 and of our budget for the year 2012. With this occasion we were pleased to receive in our seat the mayor of Venice, vice-president of right of our Company, Mr. Giorgio Orsoni, who expressed with sharp cordiality his attention towards our institution so closely related to the town of Venice, and his availability to try to find a solution to give us to 3 a surer future and a more stable situation. That delighted us, although no one does not hide the difficulties in times of through crisis which we pass.

In March a work left to which Michelle Campagnolo Bouvier, with two archivists, had devoted a long work during last years : the Inventory of the Archives of the SEC 1950-2005. This work, published in collaboration with Sovritendenza Archivistica per it Veneto, contains primarily the repertoire of the Archives of our Company, but is thus conceived that the various parts give an overall picture of the history of our Company. It could be addressed – with the help of the cover of the postal expenses – to the members which will make us the request of it and to the libraries which would wish to receive it.

We are happy to announce here the publication of volume to you 3 of our review “Comprendre”, a volume of more than 300 pages, container, initially, the contributions to the debate of Innsbruck on Ethical topic the “total, dialogue of the cultures and the European prospect” ; the report of a dense day devoted in memory of Norberto Bobbio ; two remarkable news of our vice-presidents Henri Bartoli and Bronislaw Geremek and a nice homage in Michelle Campagnolo Bouvier by the director responsible for the review, Marino Zorzi. The publication of this number, still finished from the point of view of the drafting by its editor-in-chief, underwent a delay related to various reasons on which it is useless to return. Here we make a point of inviting all those which are not subscribed with our review to address itself directly to the publisher to acquire volume. To write or telephone the editor to order volume : segreteria@scriptamaneant.it ; Tel. 0039-051- 223535.

No 4 is already in preparation : our firm will is to overcome the difficulties to maintain in life this fundamental body of our Company, but your support, in the form of the purchase of volumes, is capital.

The most active centers continue their activity. We restrict ourselves to announce you at least the joint Newsletter of the French and Dutch Centers, who offers, partly, a report of our activities. If you are not registered yet there, we suggest you doing it, while addressing you to presidents Centres :

Also see the new site launched by the Dutch Center :

We are deeply convinced that the SEC did not lose anything today its raison d’être compared to the time when it was created and launched. Admittedly, the priorities of the day evolved, the cold war was overcome and, at least in the Western countries, the problems of finances seem to override that of peace. But the men of culture take place to be “conscious of having to them to act as full agreement to save and improve the requirements with the assertion of the culture which is raison d’être 4 of our civilisation”, preach the direction of the culture like “creation of values” (Statutes, Article 2), to practise the dialogue “which costs” today as much as yesterday. That of the SEC is before a a whole approach, a method. Moreover, nowadays, whereas the communication networks developed inordinately, often at the expense of quality, an experiment of several decades and a continuous and detailed work offer a warranty increasingly more necessary. The European Union, in particular, seems to have a need growing for a heart, as it readily is called upon.

However, and in spite of our basic conviction, we do not remain blind with the obstacles which surround us. There is initially the financial aspect. The SEC was during long years a structured institution, with a stable seat and staff necessary to undertake to good an activity : voluntary work cannot have the effectiveness of that achieved within a solid framework. Then, the direction of the free and tough commitment, which did not certainly disappear, but which seems to be directed worms of the specific and specific causes rather, makes less comprehensible to the new generations the work of the SEC. In the light of these considerations, it is clear that 2013 will be for the SEC one year decisive. Our efforts concentrate to ensure its survival and to develop a more modern activity in its forms. Rather promising contacts were tied in the town of Venice. With the current of this New Year’s Day, we hope to be able to convene the General Assembly to submit the result of our approachs to him. Meanwhile, the vitality of the Centers, your participation and demonstration of interest towards the Seat and its work are invaluable elements. We will keep you informed of the next developments.

We cannot conclude this long circular, without you to propose to allot formally, until the meeting of the General Assembly, the interim as international General secretary with Cosima Campagnolo. That not only because of its commitment and attachment towards our Institution, but still to prevent that a key position does not remain vacant too long. Please express itself on this proposal. Starting from March 25th, your silence will be interpreter like an approval.

Allow us finally, to express here our sharp recognition with Mr. Antonio Zanchet, who ensures an invaluable and effective presence in our head office of Venice and follows with attention all the administrative questions.

Please accept, dear members of the SEC, dear friendly, the insurance of our faithful attention.

To pour your contribution and/or to contribute :