Relationships to the SEC International

Initially the return to the values. Owing to the ultraliberalism, deregulation and new technologies of information, a saving in “casino” packed. The cupidity of the financial circle is illustrated there ruining thousands of secured creditors in the United States (crisis of the subprimes) and involving the recession, the colossal debt of the States, a level of unemployment ever reached.

This evolution has escaped completion with democratic control, “Wallstreet does not deal with Hand street” according to the formula of the economist Joseph Stirglitz. From where need for revivifying a democracy which more participative, is renewed by the implication and the initiatives of the civil society.

This economic situation of crisis requires also an increased direction of solidarity between the layers of the population and the nations. This does not go from oneself.

To take up the challenges of economic globalization, in addition to the return to an ethics of the present and future, founded on honesty, the democracy, the direction of solidarity and the responsibility, calls a reinforcement of the economic, financial, environmental regulation as well with the national plan, European as international.

This reinforcement is essential as much to fight against the drifts of financial capitalism that to prevail against the environmental crimes or to the intrigues of the Mafias in all kinds. Moreover to make acceptable to the populations the sacrifices, the new restrictions, the authorities will have to present a reinforced and undeniable democratic legitimacy.

Finally the ethical challenges of economic globalization will not be overcome without a cultural conversion. Very a culture globalisante, founded on the star system, the imposition of cultural standards leads to the erosion of the aesthetic values. This conversion will be based on the protection of diversity and the promotion of the intercultural dialogue in a multi-centered world.

Vis-a-vis nonthe direction which impose the crises, unemployment, totalitarianism, terrorism or insane economic rationality, it will be necessary more than ever to bet on the protest of Article Return to the values, recourse to the culture, these objectives are those same of the European Company of culture. According to the terms of Henri Bartoli his old Defect President : “a food-growing policy is authentic only insofar as, far from being satisfied to ensure the conservation of the heritage, it is driven by the will to create a new more respectful world of the human values”. 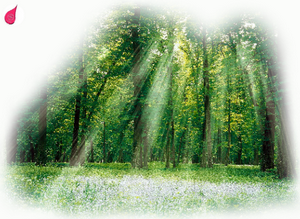