GENERAL SUMMARY OF the CONFERENCE OF PROFESSEUR Wladimir ANDREFF 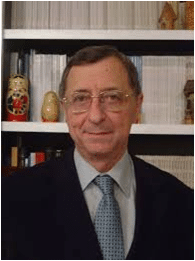 Professeur Wladimir ANDREFF, former student of Henri BARTOLI, underline initially at which point the markets of the sport are globalized today. By order ascending of globalization, it quotes initially the individual sporting practices just as the sporting shows subjected by nature to the constraints of the localization (except so from the foreign spectators come to attend the match because of its international importance) is 32 billion d’€ ; then come the goods and sporting services is 650 billion d’€ (including 40 % for football ; it is an oligopolistic market made up of a very limited number of offerers, Adidas, Nike, more exactly a “oligopoly with fringes” insofar as SME can place sour this market). The doping products appear then for 30 billion d’€, sponsoring, the merchandising (a watch of the PSG for example) that is to say 14 billion d’€.

As for the most globalized markets Mr. ANDREFF quotes the “sales” of players, the rights of television, the legal and illegal sporting bets. On the whole the amount of the worldwide markets of the sport rises to 800 billion d’€ approximately, that is to say 1.78 % of the world GDP as much as the textile sector for example.

Another aspect of the globalization of the sport, freedom of movement of the players whose principle was clearly affirmed by the European Court of Justice in the Boosmans judgment so that today many football clubs for example are composed national teams where appear only from “abroad”. Moreover the property of the clubs is disconnected always from the States where they are. In the United Kingdom for example, seven professional clubs only are held, partially or completely, by English owners.

Currently the Gulf States buy sporting clubs in the context of their oil strategy post.

For Professor ANDREFF, the characteristic as of these worldwide markets of the sport is to belong to a “economy of imbalance”. These markets are is unbalanced by an excessive request (it is the case of the local practices sporting subsidized often and good market or in another order of ideas of the ticket office of the great matches which generates, the number of places by nature being limited, a black-market of resale of the tickets), is unbalanced by an excessive offer when for example on the TV screens one finds 100,000 hours a year retransmission of sports, which largely exceeds the capacities of the request

Unbalanced these markets are it also because in fact always or almost the same clubs gain ; they are also characterized by a dual segmentation between the best overpaid players and the others, drudges whose activity is precarious when they are not with unemployment.

Finally Mr. ANDREFF shows that the sport is surdéterminé today ; mathematical models allow starting from variables like the GDP per capita, the width of the population, the political regime (in the USSR formerly), the sporting culture (specialization of sports per country : the marathon for Ethiopian, cycling in Belgium…) to determine with a precision close to 70 %, the number of medals which a country can hope for to obtain at the time as of Olympic Games, the missing variable being the level of doping.

The attribution of the Olympic Games also generally obeys economic constraints like the “winner’ S curse”, i.e. the fact of advancing excessive biddings to carry the decision (as it was the case in the Seventies on the market of the oil-bearing fields). Thus the applicant countries with the Games undervalue the costs or inflate the expected benefit ; London recently had not included the VAT in its file nor the organization of the Games for paraplegic.

It is also observed that the emerging countries specialize in the basic sporting products : shorts, T-Shirt etc from where the delocalizations which follow.

Another vicious circle comes from connection between the amount of the wages of the players and the increasingly high cost of the rights of television, the latter compensating for the first. Generally it is observed that the banks generally help the football clubs without speaking of sponsors from where the bad recurring management of the clubs. As for quotation in stock market of the clubs, it did not develop because the capital of these clubs is too volatile (for example the value of a player is always at the mercy of an accident).

Mr. ANDREFF does not fail to approach the drifts of sport. In spite of some progress one can always note the existence of the work of children in the Asian factories of production of sporting articles just as the transfer of minor players whereas this practice is prohibited by the FIFA. Fictitious transfers players take place who cover operations of money laundering. Matches or competitions cyclists are faked. As the economist Baker wrote it, the economy of the crime will remain as a long time as the crime pays. It is also the dilemma of the prisoner : if to dope itself pays, the sportsman generally will not hesitate the more so as of the techniques increasingly more sophisticated allow to cancel the effectiveness of controls (masking products).

At the end of his presentation Professor ANDREFF puts forth the few following recommendations :