Extract of the foreword to the work of Dominique Leroy 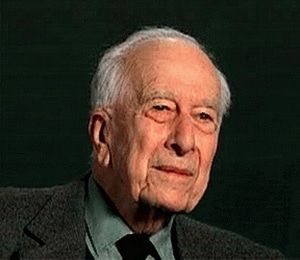 The culture is not a “sector”. It is “the definition even of the man”.

The culture is initially received, and in this direction it is acquired, memory, tradition, knowledge of the thought and works of art which bequeath us the last generations and which the generation present gets to us ; but, it is also immediate expression, free, concretes, of the life of the company in its effort to reach more a high degree of humanity, creative force of new human values.

However essential is the role of the heritage, no field of the culture consists in the accumulation of knowledge and the guard of a deposit. It is not the “knowledge”, even less one sampling of discontinuous knowledge, they were more or less well controlled by science. It is not a “quantity” of learned and transmitted concepts. It is a participation in the creation of economic reality and social, a major transformation of the subject which lays out it with more possibilities by more interior calls, and with more of capacities of answer to the requirements of presence which come to him from the external world. Samuel von Pufendorf (*) said of it, in 1686, that it “makes it possible each one to reach a really human life thanks to competition, work and the discoveries of the other men, but also thanks to the effort and with the reflection staffs of each one, or thanks to the divine inspiration”. Jean Lacroix known as of it, today, that it has the aim of locating the man compared to the world, the others, and compared to God.

(*) Lawyer and German philosopher of the natural Right 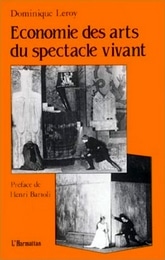 Humanity is intended to write the history. It must do it starting from the direction of the communion of the Species ; it is that which confers on the Policy its plenitude. “The true policy, still writes Jean Lacroix, it is the history of the moral realization in becoming to it human”. The culture consists in making and continuing, without slackening, an effort of universal communion. Its major problem is that of creation by us even of our humanity, of the realization for all, concretely, of the right to be man.

The culture “does not make” not, it “makes make” because it means what is to be made. All the building of the culture can be considered, from this point of view, like the long turning which leaves the action and turns over to the action. In a sense, the culture is an appendix of the processing undertakings of the human environment by work, but it is well more, it is the word which transcends and exceeds. With it, the dialogue penetrates and overflows the work world.

“Infrastructure” very as much as “superstructure”, the culture is made technical merits, scientific, economic, political, aesthetic, morals, which are not the privilege of any nation or civilisation, any elite or classifies, but which all crosses them. That the culture does not aim any more the universality, it is impoverished, solidifies, becomes lack of culture. That a class or a group claims to monopolize it, it is nothing any more but academism, sophistication, mystification. That a government fixes it, it chokes and turns in derision. Become, directly or not, instrument of the exploitation or the domination of a class, people, or a nation, it is guilty. Undoubtedly this is there the reason for which the revolutionary thought, under all the latitudes, nourishes a resentment against certain forms of the culture which appear to him to be identified with the perverted culture, “property” of those which use it for better establishing their power and better serving their interests.

The elementary problem, which conditions all the others in this time when the fundamental costs of the human statute of the life are not covered for the human masses, this problem is that of the access to this lifestyle which is the cultural existence. Multitudes, including in the industrialized countries, remain very below the average of the level material and cultural, are badly formed intellectually and excluded from the consumption of the cultural goods. When the divorce is established between an alleged cultivated elite and a mass which cannot taste works which are not made for it, the culture misses with its function. Separated from its people, the intelligence becomes to him impermeable or unintelligible, and is nothing any more but intelligentsia satisfied with itself and taken with its own game ; for lack of people to carry it, art ceases being communion and cannot any more celebrate the beauties of the world and express the joy.

A food-growing policy is authentic only insofar as, far from being satisfied to ensure the conservation of the heritage, it is driven by the will to create a new world more respectful human values. Reforming at least, revolutionist more deeply, it finds his origin not in the pure set of faced social forces, but in the moral conscience. Policy for the man, it is in an absolutely essential way the policy of creation of the man by the man and coincides with the moral obligation which, only, confers on the political commitment in its historical reality (at least as long as he is not denatured) an universal value.