at this meeting in Weimar and Iéna 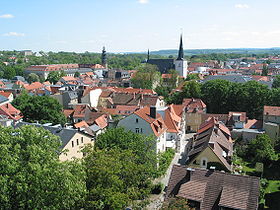 The Executive council of the European Company of Culture met in Weimar and Iéna from July 1st to July 4th, 2004, on the invitation of “Europäisches Centrum für Innovationen” and of “Collegium Europaeum Jenense”. It was the first meeting since the renewal of the mandates carried out by the General Assembly in her XXVe ordinary session (Romania 2003). The meeting in Weimar grew rich by the significance of a return after more than thirty years. Then, work had the direction and the intensity which the conscience of the measured limits gave, in the will to push back them, of the surmounted obstacles, those being due to the membership of two closed and hostile political and ideological blocks. Now, on the contrary, it could be held inside the same system – still as more or less carried out – for much, in the membership on a single political subject, for several, even without changing currency.

According to the practice, the agenda was divided into two parts, one booked with internal work, the other with a general debate on a topic of news.

As a whole, the reports of the various bodies documented one year dense of activity, where all the institutional duties were accomplished, of many initiatives taken, on the impetus of the plenary session of Bucharest, devoted to the topic of “the culture and the cultures, in Europe and beyond”, session whose acts were published and diffused. To underline the inventory in the course of the archives of the Company, which fulfills the requirements of the supervision and improves the possibilities of research.

Stakes for the plenary session of 2005 were posed *, of new accommodated adhesions.

The contact with the Town of Weimar, high place of the German and universal culture, was real, thanks to the configuration of the program. A conference on the problems of the communication was offered to the University of Iéna.

The pilgrimage in Gedenkstätte Buchenwald all the more appeared upsetting that he was guided by a former prisoner : the main artist Jozef Szajna, current President of our Polish Center.

The sharpest appreciation was expressed with the colleagues of the S.E.C. Christian W. Wolff and Martin Hermann for the hospitality offered and the produced organization, which allowed excel it course of the session.

* Since then, the approachs progressed : The session will take place in Venice, from March 31st to April 3rd.

The intra-European dialogue of the East in the West : new challenges

As of its beginnings, the European Company of Culture recognized in the East-West dialogue, which was then likely to stop, a paramount task for the food-growing policy. And when, indeed, iron curtain and wall made it precarious and difficult, she considered it all the more necessary and devoted all the more given efforts to it.

This constant objective however never failed to be adapted to the premises in their changes, i.e. with the requirements which went changing with the evolution of times – or which on the contrary remained the same ones, in spite of appearances. Are to be evoked here the periods of the cold war characterized like thaw, peaceful coexistence, relaxation.

In the advance over the years, the conscience of different challenges early was done day, of challenges even vaster, such as they took shape with the phenomena of globalization. It related to the interrogation to the possibility of a “total dialogue”.

With the turning of the history of the years 1989-90, named die Wende, East-West dialogue so well ceased being minority ; it also became the fact of the policy to the ordinary direction. Then the S.E.C saw the need for the moment in its assiduous practice and without reserves, while its principle did not have to be defended any more.

Today, the question becomes again new in front of the fact that the European Union covers from now on a territory of twenty-five countries, that appoint them of its Parliament are the delegates of a population. of 450 million people.

The European Union undoubtedly represents a chance historical with the extraordinary implications, a warranty of peace, if not absolute, at least of an entity which perhaps never existed before. Why then we said, rather than “new chances” : “new challenges” ? The debate showed the cogency of them. As a preliminary, it did not seem superfluous even inside the Company, to recall with force the essential nature of its “europeanity”. Under the terms of this one, the intra-European dialogue is hardly related to borders, neither old, nor new ; he knows other limits only that of the European spirit. That ruled, it is arisen that this dialogue appears polarized today by the formation of the increased European Union. Vis-a-vis approval, there is to take account, in addition to the magma of the indifference, the demonstrations of skepticism, apprehension, refusal ; and also of other shares, feelings of exclusion. Criticism finds motivations in what is felt like the insufficiency of ideality compared to calculations of political opportunity. One also spoke about the deficit of democracy, this of course which to take care unceasingly and always to reconquer.

So that the chance remains such and is consolidated, of the titanic challenges wait to be raised. These challenges belong to the field of the food-growing policy. The food-growing policy, for which the culture is made function of a history which is manifestation of the human spirit. If one agrees to borrow for the union of today I “image of the building site, one sees a scaffolding posed on the ground ; does construction have its contours, but qu” is foundations ? Better information on the project, although necessary, will not be enough to dig them and to ensure robust base of it. It is necessary for that to cause the participation of the people, of the people. Built with the collaboration convinced of Europeans, it will be able to become sure, durable and to take the shape which more primarily will correspond to the needs for the historic moment present. 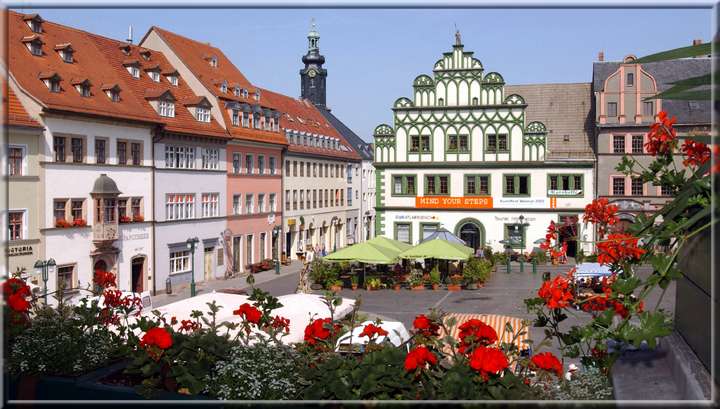